Writing: the Madness Drug of the Creative Mind

People of the world: I have come to the conclusion that the job of "writer" is a bonafide illness! 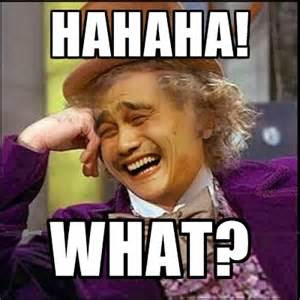 The job of "writer" isn't one that you choose to do. It's something you're compelled to do, like breathing. And often enough, simply being born a creative mind (writer or otherwise) is cause enough to suffer madness. Here are few creative minds you're probably familiar with who suffered from some sort of classifiable illness, addiction, and/or had tragic lives or deaths:

I'm in contact with the book world and I know a lot of authors. We authors talk. Interestingly enough, the majority of people I speak to A) suffer some sort of love affair with either (or both) alcohol or a drug of choice B) are depressed, and C) suffer sleep issues. Rarely do I find an author who loves life and is on top of the world. It's just not a combination that mixes with "writer". We're all "struggling" or "starving artists". As a graduate from art school, I can further testify to other creatives. Everyone smoked pot, drank, smoked, and were eccentric personalities with some tragic life story, desperately trying to change the world or convey a life altering message through art.

NOTE: this in no way applies to all creatives. I'm simply pointing out a stunning correlation between creativity and madness backed by scientific study. You can read about this here.

How this applies to me:

I admit without embarrassment that I have a tragic past life story and have suffered from depression. I do enjoy my alcohol. But I'm not suicidal, drug addicted, or an insomniac. HOWEVER, there are times when I find myself not able to write. This is caused by life obligations, getting the flu, or a simple bout of the "winter blues". But it's a fact that when I don't write (or when my muse feeds me too much)--fantasy worlds, voices of countless characters, sudden plot twists, adventures, romance triangles--build up tighter and tighter inside my skull until they're literally screaming at me to empty them onto the page. I literally hear them coming at me in an angry chorus I want to hide from. 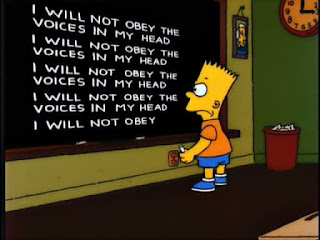 My brain suffers a complete overload. Too many stories want attention! Too many characters demand I hear them! I can't sleep at times like this. I fail to focus. I get depressed, moody, and live on a short fuse. I feel pulled in so many different creative directions that I start to lose it. I drink with the purpose to drown the voices out, and dig deeper into not reaching my goals. It's severe PMS X a billion! I become a hectic looney of a mess that nobody wants to be around. 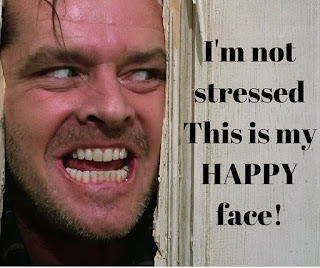 I'm only able to breathe normally again after a good long session of word dumping. But there's only a moment to relax before the next bolt of inspiration hits, and I have to begin something new, or risk another bout of writer overload.

And it's such a rush! I wouldn't change being a writer and suffering chronic bouts of creative madness. There's nothing that makes me feel more alive and purposeful than when I'm stuck and can't move on, to when I'm rolling out the goods and writing the words "The End" on a story's last page. 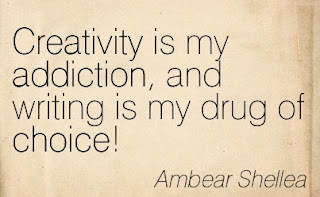 Writing is a drug. Creativity is a drug. I get kicks from going temporarily mad. The extreme highs and lows are the dramatic opposites that I live for. Enjoying these bouts of madness is madness itself, and absolutely right up there with a nice pipe full of pot and a memorable orgasm.

Where would the world be without creativity? Can creativity be expressed by those who aren't a little "off"? I think that yes, it's possible, but I'd choose to go a little nuts over being completely sane any day. The monotony of sanity is a dull existence.