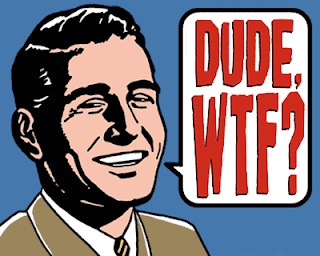 Writers come into contact with all sorts of people, but our readers are our favorites. We like hearing the thoughts others have on our work, both positive and negative. It helps us to be better writers. But what happens when interaction strays from books to other topics, and really fucked up things happen?

Below are the confessions of several writers/people in the book industry.

Audrey Lusk (Audiobook Voice):
"Years ago when I did phone sex, this guy used to call and talk to all the girls (being for our five of us doing 3-4 voice each) and not wanting to talk dirty, but rather to ramble on about his ex girlfriend leaving him for a black guy, and why women preferred black guys over white guys.
"He quickly 'unmasked' each of the other operators, catching them as being multiple voices. But, he never caught me since I made sure to give each of my personae different attitudes and opinions (being a writer and all).
"This just meant that I got more of his calls as he unfolded this obsession with his ex, and how he had a scrapbook about her and her new boyfriend, and how he thought about her with him all the time... It was deeply weird, and if I'd had a clue who he was, I might have warned his ex to be very careful."

Morganna Williams (Erotica Author):
"Mine was a man messaging and telling me I was the woman he'd been looking for, and we would be married. Then he sent a pic of him and his kid, and said, "Look, honey, it's our son." Yeah... Block, delete. Super creepy!"

Alice K Wayne (Author):
"I had a gay man read my books. He started messaging me to discuss them after, and I thought he was really cool. After a few days I felt like we had a pretty alright Internet friendship going. Then he tells me he has to make a confession. He says he's been fantasizing about me and feels ashamed for liking the sex in my books so much. He wants me to 'punish' him. He starts sending me messages telling me to 'make him hurt himself' and that he'll do anything I say--put any object inside himself I want, and hurt himself in any way that I say--and then send me photos or videos for proof. I could not hit the block button fast enough."

Bryce Calderwood (Erotica Author):
"A woman PM'ed me out of the blue and wanted to be my muse. I asked her what she meant by that, and she sent me a picture of a crop, wanting to know if I wanted to use it on her. The whole episode was pretty icky."

Linda Sanders (Erotica Author):
"A sixteen year old girl friended me on FaceBook, and on our first chat she sent me naked pictures, asking me when I wanted to meet her. I explained to her that it could mean trouble for both of us if I were to accept such a proposal, and that I thought she might be a fat guy in his mom's basement. Either way, I wasn't that desperate for a hook-up."

Anonymous (Fiction Author):
"I met a guy who lived in my building. Nice guy. We talked from time to time. He always seemed to be heading out clubbing with his wife. One night he found out I wrote a book and said that I should write his biography (for free). Keep in mind, this was not a fighter pilot who ditched behind enemy lines and went on to become an astronaut. He was a relatively wealthy guy that worked and partied in equal amounts. Late one night he caught me in the lobby of my building, totally hammered. He had me sit and listen to a one hour drunken lecture on how: a) he is rich; b) kinky his wife is; and c) so many people will want to read about his life. He wanted me to start taking notes. It was an hour of my life I will never get back. I am also 75% sure I was propositioned for a three-some in the process. The autobiography project is currently stalled due to total lack of interest."

And ME, Angora Shade? 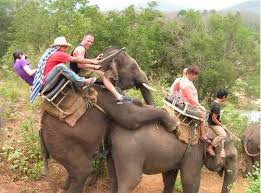 Besides the typical dick pic and marriage proposal, here are some of my WTF? and disturbing moments:
Let's remember that writers are people too! We grocery shop, we do sports, have families and hobbies. We are not the characters in our stories, and most of us do not think, act, or feel in the same way as our characters. These WTF moments should never have happened, where the only saving grace is the amusement found in hindsight. Click for additional information on "Shit You Shouldn't Do On Social Media"
Posted by Angora Shade at 2:13 AM No comments: 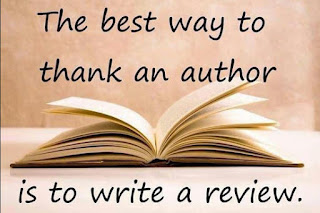 Reviews help both authors and readers. A well written review helps an author promote their work and sell more copies as well as helping readers find the quality literature they're looking for. With the amount of weight put on reviews in the current market, reviews can either make or break an author. If you really want to "thank an author," take the time to write a proper review.


Qualities of a Proper Review:

There are three basic elements to leaving a book review. The more thorough the review, the better. A thorough review justifies the opinion of the reviewer as well as giving prospective readers enough information to decide if a book is worth the purchase.

1) A summary of the book: It's often helpful for prospective readers to read a summary not found in a book's description. Details are intriguing, but spoilers are not. A basic beginning, middle, and end is a good way to go, all of which can be done in a few sentences.

2) Critical opinion of the book: This should include the reviewer's thoughts on plot, characters, story outcome, and the presentation of the book (yes, I'm talking about writing ability, editing, and formatting). What was done well? What did or didn't work? Did the reader feel an emotional connection to the characters and were they sucked into the story? Did the book deliver what was stated in the author's book description and was it worth the time to read? It's important to state a book's positive and less positive aspects, as well as justification in your reasoning for both.

3) Rating: Many sites that allow for positing reviews use a star rating system from 5-1. You can think of this as the American grading system of A, B, C, D, and F. A 5-Star rating (an A) is the best, and 1-Star (an F) is the worst. A 3-Star rating is of course that mediocre place in the middle (a C). Always air on the more favorable star rating. The difference between stars has a huge impact. Honesty is the best policy.

Be Aware of the Following:

1) Books you are unable to complete

Because you hated the story: The majority of books are well put together and have a beginning, middle, and end, but it's true you're not going to like all books. Some topics will rub you the wrong way, turn you off, and get under your skin. At some point in your life you'll put down a book because of this. I certainly have.

Crap editing: Some authors (self-published more often than not) have published stories filled with errors that prevent a reader from understanding the text or following the story, or who have a bunch of text slammed together that actually tells no story, absolutely justifying a 1-Star rating and overall "I hated this book." I've come across many books that fit this description. Click HERE for information on "How Not To Suck At Self Publishing"

These situations can be tricky. On one hand you might want to warn others against purchasing your opinion of lousy entertainment, but on the other hand, the book was the author's (always true!) baby. Consider how your poor rating will affect the author. Reviews and ratings are public. If you can't justify your argument for a poor overall rating, don't bother to leave one.

2) Negativity: Don't be a dick. This should go without saying, but manners aren't a virtue with everyone. Profanity and all-out attacks on an author's skills or storytelling ability are big No-No's! Keep your language PG and your written actions civil.

3) Unfair assessment: The best reviews come from honest strangers, not friends. Even if you're friends with the author, never inflate your opinion to boost the author's mental wellbeing. If you know the author and their book is shit, tell them so and why versus leaving a falsehood for others to interpret at gospel. You can read more about this HERE in "Reviews: Honesty vs. Inflated Truth" Also, if you can't take the time to read an author's work, giving it a chance and your undivided attention, don't review it. Make sure your assessment comes with your attention span.

Review a book because you loved it and want others to know. Review a book to thank the author for creating a piece of literature that you found entertaining. Review because books are awesome.

Posted by Angora Shade at 3:01 AM No comments: