I would like to thank Mr. Anthony Beal for including me in my first blog tour! It’s wonderful to be included with such gifted and talented writers! 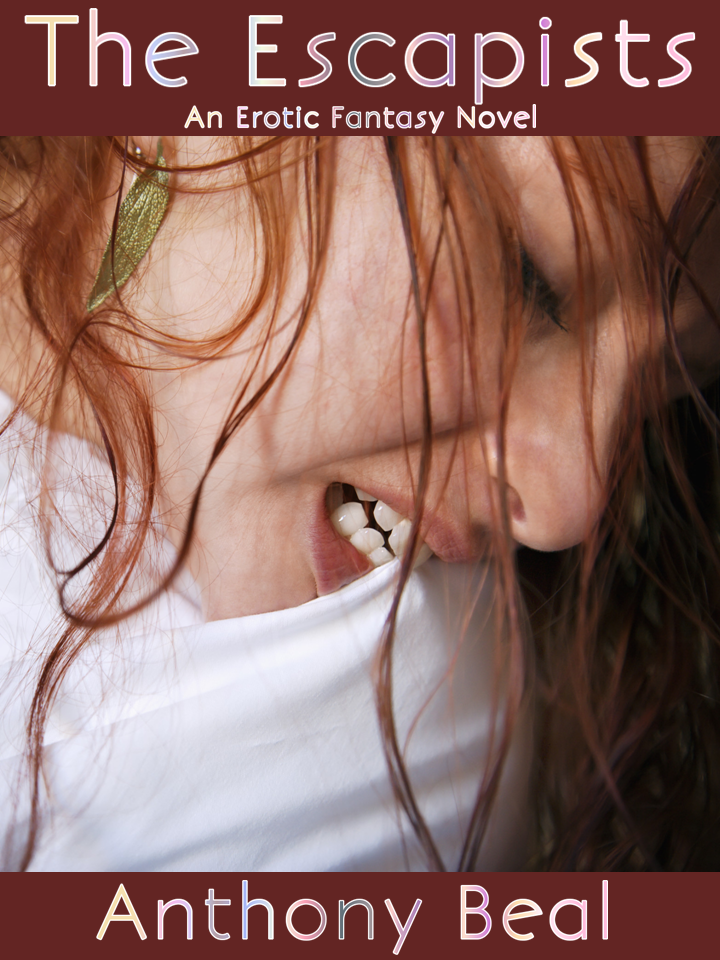 This blog tour focuses on the writing process. Every writer’s creative process is different, and in my case, I’m Ms. Unorganized.

1) What am I currently working on?

I firmly believe there is no “normal” sexual play or orientation. Normal is a relative thing, like art. A person’s normal is determined by gender, age, upbringing, experiences, and society, which makes everyone’s normal very different. I use this story as a means to show readers this, and stress that every individual’s normal is beautiful.

My main character, Ryan, is a 22-year-old virgin looking to loose his virginity in his ideal way by his ideal normal girl. Ryan finds himself faced with two partners who expose him to sexual kinks that he deems not normal—or not for him—only to discover his own sexual kink at the end of the story. Ryan’s kink is intended to show the reader that vanilla sex—which the story suggests that Ryan is after from the beginning—is in itself a kink; just one on the list of many.

This week I’m working on my final sex scene. After a thorough edit and multiple beta reads, I’ll be sending my story off to publishers. It’ll prove a high hurdle to jump with this story. Many publishing houses refuse to publish stories that include a fetish such as a golden shower. The taboo won’t stop me. If I have no big takers, I’ll self publish as I always have.

2) How does my writing differ from others of its genre?

Many of my stories are written with a purpose or a message. I try to encourage readers to think in a different way about sex, and open their minds to the possibility that there’s more to it than we all learned in Sexual Education class. I try to give readers something more than the traditional, allowing for the fantasies we all crave to be fulfilled, if not only in the mind. The mind is the best place for an orgasm.

To go along with my storylines, I try and find some unusual way to include household objects or tools. I want my characters to not only be interesting, but creative as well. Some readers might be amazed at the options available to them in their own kitchen. In my free story available on Smashwords, Adventures In Plastic Wrap, my female protagonist takes revenge on a drunken roommate by torturing him while he’s wrapped immobile in plastic wrap. Similarly in the sequel, Cat & Mouse, my protagonist gets creatively kinky with an old towel, a paintbrush, and a cucumber. Sex plus creativity are the two basic ingredients of a good story!

I write erotica because it gives me power to express my thoughts and ideas about love and sex in an environment where no one can tell me what I think or believe is wrong. I was raised to believe sex was taboo to even talk about. I grow tired with society telling us how we must think. I mean to open the minds of as many readers as possible, and encourage them to think for themselves. I also write erotica because—why not? It’s fun and it turns me on.

4) How does my writing process work?

The traditional process of writing is something that I can’t follow. Usually it begins with an idea, which builds your plot, and then the writer does the actual writing, followed by editing, and then publishing. For me, I’m anything but this organized.

Sometimes I’ll have only half a story, and I’m forced to simply write down my thoughts and come back to it when inspiration chooses to strike. My muse is a fickle bitch, and often forces me to wait. In the time that I wait, I edit, reread, sit, and talk to my writing partners. My inspiration tends to come at random from bits of things I read, hear on the radio, or from something I dream. Then I go back and make everything perfect with what I’ve already written, procrastinate until I’ve formed exactly what I want to say inside my head, and then force myself—yes force—to sit down and finish writing. Anyone who tells you that writing is easy is full of crap. It’s hard work to transform an idea into something that flows well and paints a picture inside another person’s head.

Tapped next in the #MyWritingProcess Blog Tour: Mr. Ray Sostre 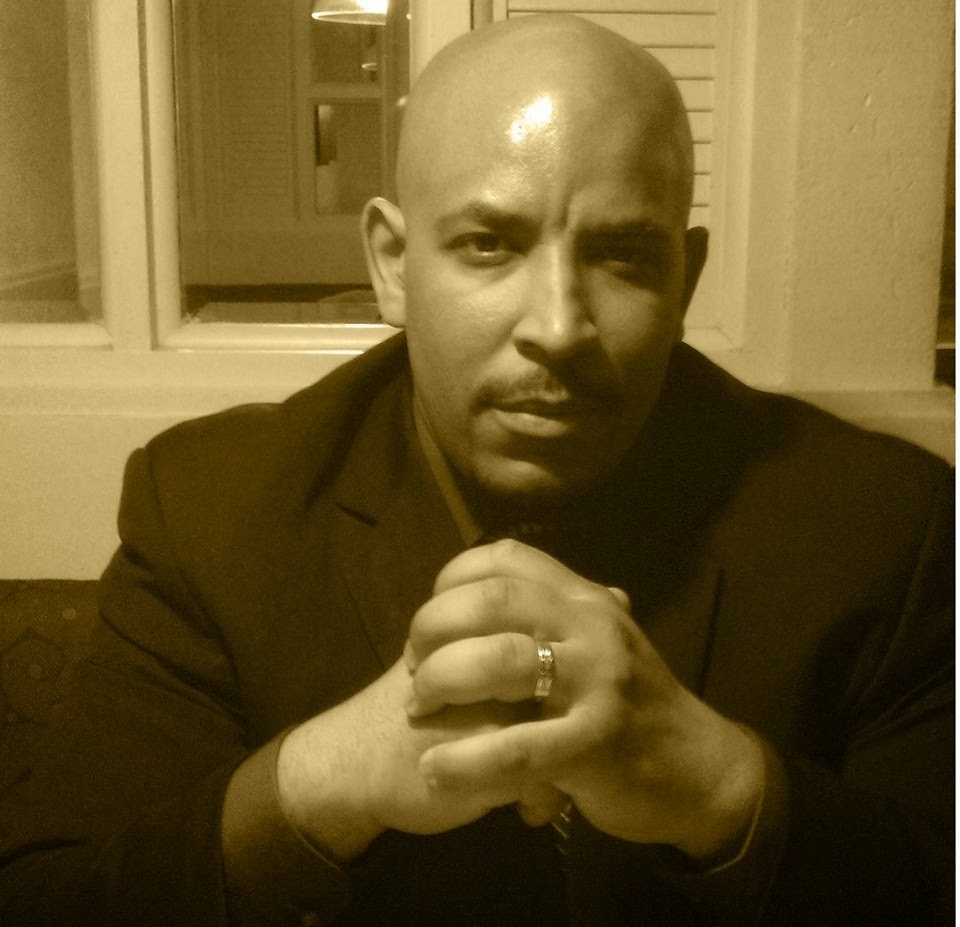 Vanilla Flavored: A Kink Of Its Own

My current work in progress, A Normal Girl, has been an enlightening engagement for me. It has led me to examine why I write the things I write, and what purpose I want my writing to serve. Sex is a big topic for me to include in my stories because it's entertaining, but the more I write about sex, the more I want to know and understand its value and importance in society.

I began writing A Normal Girl with the intention of writing something other than what I'd written in the past. I had just finished writing Cat Games, which included some kinky sex games and materials, but I wanted to really push the envelope. I wanted to write the "taboo" and test what I was capable of. I set off to create a story full of some of the kinkiest things I could imagine at the time; cum play, orgasm humiliation, spanking, strap-ons, plushies, voyeurism, and golden showers. Writing about specific kinks has caused me to examine why so many sexual kinks are viewed as taboo. It comes down to society and all the Disney princess stories and media bullshit we've been fed from birth. The truth is that there is no right or wrong way to love or express love, lust, or desire. The truth is that what society tells us is acceptable—tradition vanilla sex between a man and a woman—is a kink of its own.

Kink: Noun
• figurative: a quirk of character or behavior• informal: a person with unusual sexual preferences
The main character in A Normal Girl, Ryan, is a geeky technology apprentice. Shy by nature, his lack of experiences with women have left him still a virgin at the age of 22. After taking a part time job at a local bakery, Ryan finds himself encountering two women, both who have specific sexual kinks that he decides are not for him. Ryan wants the normal--a nice normal girl. But... what is normal? My story leads the reader to believe that Ryan is searching out traditional vanilla sex, when in the end, Ryan drops the bomb by reveling his own sexual kinks.
The message behind A Normal Girl is that "normal" is relative: normal to one person is not normal for the next. Society telling us that vanilla sex is normal is the biggest lie of all time. I have yet to meet or speak to any person/couple that do not involve a quirk or the unusual in their sexual habits. I have yet to find anyone solely interested in vanilla sex. I'm not suggesting that there are those out there who don't enjoy or practice vanilla sex, and I'm not saying that vanilla sex is wrong or unacceptable. I'm pointing out that there are large numbers of those not practicing vanilla sex or who practice it in addition to other sexual behaviors. This puts the force-fed, idealized societal norm of "vanilla" into its own category, making vanilla sex a kink by definition.
A Normal Girl is completed! You can pick up this kinky fetish novella from Torquere Press, releasing April 13th, 2016!
I ask you to think over the taboo. I ask you to examine what you believe and why. The most important thing is to not judge anyone for the who, what, how, or why they choose to practice their style of lovemaking.
Posted by Angora Shade at 3:13 AM 1 comment: