The EnForcer by Linzi Basset

New from Wicked Pen Linzi Basset: The EnForcer. This is book one of the A Dark Desire Novel series, standing at 70,000 words. Be on the watch: releasing June 25th, 2019 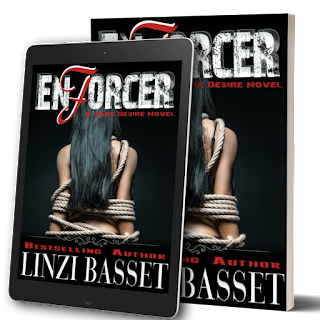 A man without a soul, heartless, a bastard beyond redemption. He destroys … ruthlessly and they will yield … because he makes them.

A man without a soul, heartless, a bastard beyond redemption.

He's a bastard. Beyond redemption.
He knows it.
And he doesn't care.

They love him. Because he reforms their insubordinate subs and slaves.
He knows it.
And he doesn't care.

They fear him. The women he 'shows' the error of their ways.
He knows it.
And he doesn't care

There used to be a time that he cared. Where he loved and was loved. Where he used tenderness and care to guide and protect. Until he learned to hate.

Five years is a long time for hatred to fester.
He knows it.
And he doesn't care.

She will come to hate him.
He knows it.
And he doesn't care.

He only has one goal.
For her new Master to realize he needs help to reform his slave.
He's been waiting patiently.

Patience is a virtue. His has paid off. Now, he can finally show her the error of her ways.

Editor's Note: Don't get comfortable. Don't relax. Breathe in. Breathe out. And prepare to have your brain and your loins twisted into knots as the Enforcer breaks obstinate slaves. You will cringe, you will wince, your body will tense. You might grind your teeth, your insides will clench, your nipples will pucker, and you might even come … as you secretly wish HE could break you too …

If this is your cup of tea, then get your copy now and be prepared for a thrilling, shocking and unforgettable ride!

EnForcer is an edgy, fast-paced, very dark novel. Once you start reading this book, you can’t stop. 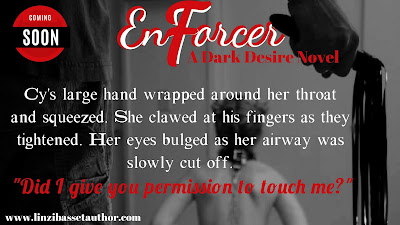 WHAT READERS ARE SAYING:

This is a deeply, deeply heart wrenching, emotionally gutting, mesmerizing cautionary tale of choices & the far-reaching consequences (most of which were never considered) of those choices. Not only for the decision maker but also for those in the ripples.

The author does a stellar job of using every action & reaction to peel another layer of the onion for the plot of this intense story. And, it is a beautifully complex story with subtle nuances that begs to be appreciated multiple times.

The only way I have been able to describe this story is by comparing it to the world’s scariest roller-coaster. You know it’s going to be a very dark and scary ride but you just can't help yourself because you know the excitement and thrill will be so worth it or will it. If you can handle this story it is a wonderful and amazing read

This is the first book by Linzi Basset that I have read. OMG! What an exciting, DARK, overwhelming, enthralling story. I was drawn in immediately by Master E and his training island. He made my heart beat quickly at the same time I experienced a frisson of incredible trepidation. The sex was rougher than I imagined and the training was intensely effective. 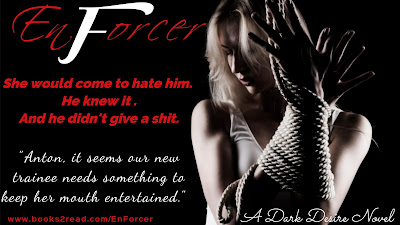 Cy noticed Delilah’s pleading look as he closed in on her where she was locked naked in the human-sized birdcage with wide bars in the center of the dungeon. It was aptly named the display area, where all insubordinate subs were shamed publicly. She pressed into the bars behind her back as he circled the cage, flicking the riding crop against his leg. The sound was dampened by his pants but he snapped it sharply at exact intervals, building her expectation, her fear for the first lash against her exposed skin.

He stopped in front of her, crossing his arms with the crop tapping against his shoulder. Her eyes moved over his large hands, his impossibly wide chest to come to rest on his masked face. He didn’t smile, and with his lips pressed in a stoic line, he appeared dark with a predatory gleam in his eyes. He smiled within himself as he watched her quiver when she identified the look. At least she wasn’t an ignorant slave, he thought cynically.

The riding crop came down hard on the underside of her arm and immediately on the opposite one as well. Her screams echoed in the dungeon. Cy ignored the immediate interest of members gathering around the cage, keen to watch the Master at work.

“Did I give you permission to talk?”

Delilah lifted pain filled eyes to him. He had studied her boundaries while Kieran had signed the paperwork. The little twit wasn’t into pain, which was going to make her reform so much fun. Once they entered his domain, boundaries didn’t exist. It was all about achieving results. The sooner she learned that, the better.

Delilah whimpered, not sure whether she was allowed to respond. Cy could see the conflict raging inside her. She was able to top her own Master very successfully, something she must have known when she approached him to take her as his slave. Cy had seen her kind often. They loved being slave, as long as they held the reins and allowed their Master to rule how they wanted him to. He could see the realization of terror in her eyes.

That pleased him. It meant that she knew what to expect.

“You would do well to remember the general rules in my presence, slave. I don’t tolerate disobedience.” He took a step closer, and his eyes gleamed. “Why are you here, Delilah?”

Her screams slammed against the walls as Cy pulled back the stiff edge of the crop with his finger and released it. A dark red welt appeared across her nipple. She shook her head as she watched him pull it back again but to no avail. He released it and pain seared through the other nipple.

“I tolerate lies even less. This is your first punishment, slave. Feel it and remember it, because it will be the one you’ll be praying for in the week to come.”

With those words still ominously raging through her mind, he flicked the crop against her right nipple and without pause against the left one, just as hard. It hurt even more than the first two and Delilah screamed with each one that followed, begging for mercy. Cy was unmoved as he brought the crop down on her nipples, the side of her breasts, and finally the sensitive part underneath her breasts. Sobs wracked her frame and tears streamed over her cheeks.

“I ask again, why are you being punished?” His voice sounded darker than the devil itself, calm and cold as ice. 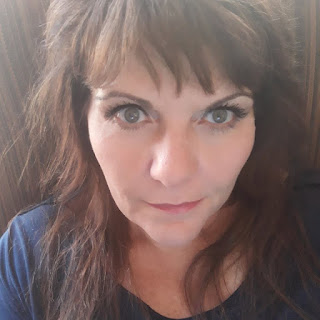 Linzi Basset is a top 100 Amazon and iBooks Bestselling Author.

Not satisfied to be chained to one genre, she flourishes in producing multiple realms of her imaginary world. Her bestselling Club Cove series have all achieved top 5 on the Amazon charts. Her stories are edgy, dark, suspenseful and at times filled with sweet romance. Linzi is a sucker for HEA and all her books have a happy ending, no matter the battles each couple have to fight to get there.

As a full time author, there’s only one place you’ll ever find Linzi and that’s behind her laptop … well, now and then she pops in at the gym too and she’s never without her trusty energy booster … a steaming cup of coffee!