Chemical se[X] Volume 2: Just One More, is here, featuring two new creations from Sister in Smut, Mischa Eliot. Here's what she has to say about her work, her experience, and the Chemical se[X] phenomenon. 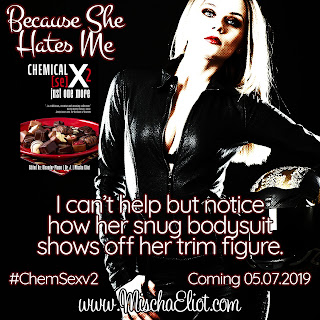 I’m Mischa Eliot and I write smut. I wrote Because She Hates Me and Happy Birthday (as M.J. Spencer) for Chemical [se]X 2: Just One More.

One day, Oleander Plume walked into the private message chat shared between myself, her, and Dr. J. and said… “What do you think about doing a sequel to Chemical [se]X?” and we both squealed in excitement at this smutty opportunity.

I read the first Chemical [se]X anthology and thought this is fucking amazing. Authors being given one main idea – aphrodisiac chocolates – and being told to run with the idea. Epic.

Because She Hates Me is centered around two roommates who secretly crush on each other, but believe the other person hates them. The chocolates bring them together in ways they never thought would happen. It means a lot to have been asked to be included in the anthology. Having not one, but two, stories included has rocked my world. I honestly hope everyone enjoys something about all the stories. We sure went all out with various ideas centered around the theme.

Normally, I have issues with all-female teams. However, we pulled some awesome people into the Sisters in Smut and I feel that we did well in choosing authors to invite working on the Anthology. I’ve gotten more experience working on this anthology from writing, editing, marketing, and more than I have since I began writing way back when.

I’ve met some wonderful people in this group and I hope that the relationships fostered by working together will grow and bloom for future projects. 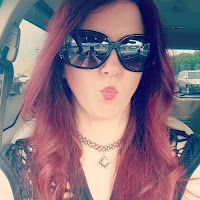 Mischa Eliot is an Office Superhero by Day and an Author of Smutty Works by Night bringing you the hottest stories.