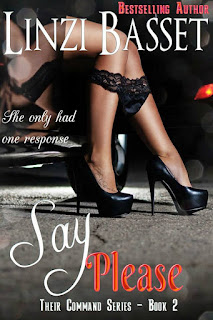 Mason likes the tart-maker too. She’s juicy . . . full of honey.

Mason is the part owner of the luxurious Silverstone Resort, a brilliant businessman and a gorgeous male specimen. He may appear civilized, but underneath the suave veneer, is a man raging to run wild. He’s ravenous; on the scent of a delicious prey.

Rachel Cooper is a celebrated two-star Michelin chef, making a fresh start in the Colorado mountains, at the resort. She’s quirky― a mixture of sense and sultry. She’s the happiest when concocting recipes and feeding people. Now she has an excellent job and wonderful friends. Life is good. Only problem is her employer, who seems hell bent on making a meal out of her!

Mason wants to devour his prey and savour her sweetness. She’s a breath of fresh air to his jaded senses, with her guileless allure and fiery sensuality.

Rachel was his. To eat, prey, love?

Only if she says please.

As the two of them combust between sheets, an avalanche of emotional demons threatens to annihilate everything in its path. Will Rachel be able to deal with past baggage and find that perfect recipe for love?

Editor’s note: The book is delicious. You’ll be hungry by the time you finish. Order the largest tart!

Note: This is book 2 of Their Command series. The books should be read in order for the best reading experience. 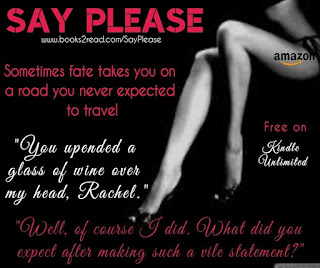 Sometimes fate takes you on a road you never expect to travel.

The rivulets of red wine were already dripping over his face, staining his pristine white shirt before she realized she’d upended a glass of wine over his head. The collective gasp from nearby diners sounded like a blast of explosives to her ears.

She took a cautionary step back as Mason pushed up from the chair. His tall body towered over her as he stared at her through slitted eyes.

“Shouldn’t have done that, little chef,” Logan Chance, Mason’s friend and co-owner of the resort, thought to enlighten her in her ear.

“No shit, Sherlock,” she mumbled and then she turned tail and ran. Her breath came in small puffs, hot and nervous as she forced her legs to move faster, imagining the heat of his body close on her heels.

His long legs kept up with her without effort and she suspected Mason deliberately allowed her to tear through the dining room and into the kitchen.

“Don’t you dare touch me, Mason Walker,” Rachel cried breathlessly, putting the first counter top between them. Her heart was thumping, she sprinted left and right around the different workstations in an effort to avoid his grasping hands. The sous-chefs twittered as they gawked at them. She began to panic. She couldn’t get that slither of wicked amusement she’d detected in his gaze, that split second before she turned to run, from her mind.

“Shit!” Rachel cursed when she reached the back of the kitchen. The only exit from there was into the short hallway leading to the staff restrooms and her office. “You bastard,” she puffed, realizing he’d deliberately been pushing her into a corner.

She forced her legs to move faster in an effort to reach her office and lock the door before he caught her—all to no avail. He slammed the door back and her with it in the process.

Rachel stumbled backward, her hands held out protectively in front of her.

“Stay away from me,” she warned, sounding a lot braver than she felt. If only she’d had the foresight to grab one of her knives!

“You upended a glass of wine over my head, Rachel.”

“Well, of course I did. What did you expect after making such a . . . a vile comment?” The words came out in a breathless wheeze as Mason finally pushed her back against the wall with his hard body pressed into her soft curves.