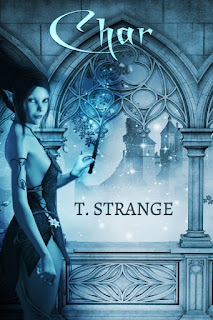 
Char is a foundling, raised in the palace kitchens. When he falls in love with the Prince, he decides to show his love, using a lifetime of knowledge gleaned from watching the cooks and bakers around him, to create the perfect cake. Raoul, the head baker, takes credit for the confection, until Char wins the chance to prove himself, and his love. 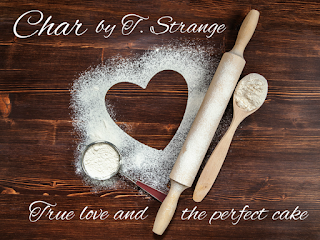 Char was a foundling. He had been left on a pile of kitchen refuse bound for the hogs, and only his own hearty movement and the sharp eyes of a kitchen maid had spared him from an early and ignominious death. There were those who were in favor of putting him right back on the pile, the kitchen being no place for a babe, and besides, who had time or energy to care for him? But Maud, who had long yearned for a child of her own, but had no husband, took pity on the tiny boy and named him her son. With the filth washed away, the tiny child was revealed to be a fine, healthy boy. He was named Char for the spot he came to occupy in the kitchen, close to the ovens where he could stay warm, if a little sooty, and also for a large, dark birthmark on one of his thighs.

The kitchen was Char's world: his nursery, his playroom, his school. As soon as he was large enough to be useful, Char was set to work, repaying his debt to the kitchen for saving his life and caring for him. He began with simple tasks; washing and peeling turnips and other vegetables, minding the ever-burning fires through the night while most of the others slept, and cleaning. There was always cleaning to do in the palace kitchens. Char worked without complaint, doing many of the jobs that no one else wanted. He seemed content enough with his life of toil and drudgery.

No one knew it, but Char was watching. As he swept, he watched the king's chefs sprinkle pinches of precious spice--cinnamon, saffron, and pepper--over steaming plates of food, breathing deeply to memorize their odors. As he scrubbed sauce pans, he tasted each dish to learn its secrets. On the rare occasions he left the kitchen, to help at banquets when there weren't enough regular servants, he noticed which foods were given the highest praise, and which were eaten without comment. He watched, and he remembered. 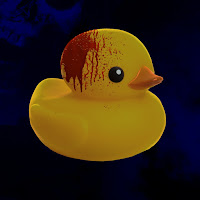 After enduring several evil stepmothers, T. Strange was finally swept off her feet by a dashing Prince(ss) Charming. Or, in actuality, attempted to sweep the larger Prince(ss) of her feet. They lived happily ever after in the charming, far-away land of Canada with their animal friends. One cat helps with the chores.


1) Why did you start writing? How did you get started in the romance genre?

Like many authors these days, I got started writing fanfiction. My stories were very well received, which gave me the confidence to expand into writing my own characters...which led to me being published with Torquere Press!

I love that Torquere Press has an anthology monthly, because it's a great way to get prompts/inspiration. I originally wrote Char for an anthology several years ago, but didn't have enough time to finish it to my liking. I was thrilled to see another fairytale anthology for me to submit it to!

Char is a retelling of Cinderella, with the main character male and working in the palace kitchens. My wife worked as a baker for a number of years, and I'd pitch in when they needed extra help, so that's where the baking part of the story came from. As for the Cinderella aspect, it was one of my favourite Disney movies as a kid, and my childhood nickname (which I'm not sharing) came about because my uncle thought my mom calling for me sounded like the evil stepmother calling for Cinderella.

Hmm...waiting to hear if your story has been accepted for publication is always hard. That, and writing blurbs!

5) What can readers expect in the future?

Lots more! My second novel, My Zombie Fiancé (https://www.goodreads.com/book/show/28386926-my-zombie-fianc), is being released this July, and I'm working on the third book in the series. My other projects that are closest to completion are a Western novelette and a sci-fi novel.

6) What's an interesting fact about you?

I once caught a duck using only a laundry basket.