Do you love horror movies? Curiosities? Monsters? If so, you're not alone. From shape sifters, vampires, and zombies, to swamp creatures and mythological legends, there's a monster out there for everyone. In every situation.

Are we looking for the shred of humanity inside the mad creature, as in the classic Frankenstein tale? 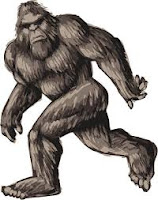 Is it because we enjoy the fantasy of being sexually ravaged by a true beast, such as the wild, savage, Bigfoot?


Or are we trying to imagine something outside the realm of possibility, through aliens and tentacle monsters, just to escape the monotony of traditional sex?

I've asked several "monster" writers (using the term "monster" here to depict anything other than traditional human) the what and why of their chosen genre.

“Well, for one thing, it's far superior to all other forms of erotica or romance, as we all know. The fact that at least one character is only partially human, inhuman, or superhuman (AKA a "monster"), is the main difference. That difference really drives the story and should make the sex unique for erotica. It's the attractor but also the problem. Getting involved with a monster brings both the good and the bad. The good: mind-blowing sex and a relationship unlike anything you've ever had. The bad: other people don't understand/have issues (torches and pitchforks style issues) and of course monsters often tend to... hurt people. Or eat them.”—Bryce Calderwood

“The biggest difference is that in most monster erotica or monster romance, the fact that one of the characters either is a monster or shapeshifts into a monster plays a large role in the plot of the story. For example, you can have a story about a billionaire and his secretary, but if the billionaire is also a shapeshifting dragon, that adds an extra plot line to the story and typically plays a large role in the development of the tale.”—Sophie Stern

“It's definitely a taboo genre of erotica that covers a quite broad category of creatures from the mainstream vampires and shifters to the truly kinky tentacle monsters and fantastical beasts form mythology that are truly impossible delights to enjoy. They are a play on power fantasy. Either the monster is overpowering the protagonist and giving them a pleasure they don't think they want or don't want to admit they want, to the other end of the spectrum where the protagonist is dominating the monster. Taming them, showing their mastery over a beast that could, quietly literally, rip them apart.”—Reed James

“Um ... the hero has a lot more hair. I like to think it's edgier and it lets me push the boundaries of what is acceptable.”—Virginia Wade

“The only real rule that I see there is that monster erotica by definition must include some kind of monster. It should be a physical monster; just a human who has a monstrous soul doesn’t count, and neither does a ghost who possesses a normal human. There has to be a monstrous or bestial physical element involved. Beyond that, I’d say that there is typically some level of humor involved, some awareness of the absurdity of what’s being portrayed. It’s a genre that—as intense, macabre, or profound as it may be at times—lends itself well to pure amusement and to joyfully frivolous diversion.”—Richard Bacula

What’s the allure for readers to choose “monster” erotica over other genres?

“I think it's for the same reason we love stories about superheroes and magic or fantastic technology: it's a power fantasy. Often there's a touch (maybe more than a touch) of the taboo. Danger blends into sexual excitement. People never get tired of the "Beauty and the Beast" dynamic. We will always have vampires, shifters, and mermaids (or in the case of my stories: octogirls). If you dig a little deeper there's some REALLY crazy shit like getting impregnated by insectoid or tentacle monsters and getting your holes stuffed with eggs so the monsters can breed. Good times.”—Bryce Calderwood

“While many genres have to stay true to this "world," monster erotica lets authors explore the unknown. Since monsters don't actually exist in this world (that we know of!), authors get to play with reality and create different worlds to explore. For example, I have one story about alien dragons who shapeshift in space. That's one of my favorites!”—Sophie Stern

“Monster erotica is taking normal erotica to its extremes. More dangerous dom/sub play. More helpless submission. More extreme forms of bondage or other forms of edge play (like knife play with claws). They could have more extreme sensory experiences or lovers with inhuman stamina. It's erotica unbound by the limits of the real world.”—Reed James

“I once read a naughty version of Beauty and the Beast, and the idea of the heroine having sex with this monster creature weirdly aroused me. That might be it.”—Virginia Wade

What sort of “monsters” do you write about and why?

“My two main ones are vampires and octogirls. For erotica my niche is futanari (women with both female and male sex organs), which are "extrahuman" in their own way. So now it becomes futanari vampires or futanari getting it on with octopus girls (Remember Ursula the sea witch from Disney's The Little Mermaid? Like that, only mega sexed-up).”—Bryce Calderwood

I write about shapeshifters in my books. Most of my paranormal romance and erotica centers on dragons; however, I do have stories that feature bears, tigers, wolves, and even dinosaurs. I love showcasing how big and strong monsters can be, yet how they're willing to be sweet and gentle with the person they love. I also like exploring the idea of monsters being misunderstood and judged by humanity, only to have someone discover that they aren't always what they seem.—Sophie Stern

“I did very well writing about Bigfoot and his sex life. I thought it was the craziest idea I had ever had, so I knew I had to write about it. “—Virginia Wade

Are you able to take more liberties as a writer with the “monster” sub genre?

“Depends on what you mean by liberties. In terms of what's permissible by Amazon... since we're at least holding hands with if not outright French kissing and maybe getting a little oral action with taboo subjects... I'd say yes to a point. Certainly in terms of action in the story (ALL kinds) there's a lot of crazy fun stuff you can do. Super powers and super strength and fantastical settings or characters give you a rich playground.”—Bryce Calderwood

“Readers who enjoy monster romance and erotica tend to love to explore different topics and ideas within the genre, so as a writer, I get to explore a lot of different ideas. It's also possible to mix genres, which is how we end up with monsters in space or aliens who are also bears or shifters who have super powers. It's one of the most fun things about being a monster writer!”—Sophie Stern

“Absolutely! If they ever discover Bigfoot is real, I'm in trouble. Then it would be bestiality, I guess. I've gotten away with all sorts of things writing in this niche.”—Virginia Wade

“Yes, I believe so. People are quite squeamish about rape fantasy as a rule, but it's a pretty standard element of most monster erotica. In regular erotica, readers are often concerned with consent, with non-violence, and such, but in monster erotica the single most-used trope is an unwilling woman being ravaged by some kind of rampaging and rampant beast. I like to mix things up more than that, having men ravaged by female monsters, or having women willingly seek monsters out, but generally speaking writers don't have to be as concerned with certain sensibilities when writing monster erotica.”—Richard Bacula

Do “monsters” turn you on?

“I have gigabytes of monster girl art on my PC, so that's a solid "yes," it absolutely turns me on.”—Bryce Calderwood

“I'll let my stories speak for themselves ;) :)”—Sophie Stern

“I wouldn't write about them if it wasn't fun fantasizing about the scenarios. To figure out what can be sexy. Monsters are attractive for the same reason futanari are. It's the erotical illusion at work. That knowledge that it's impossible and yet sexy. It's intriguing, a novel experience. And as omnivore creatures, we are genetically driven to seek out new experiences. It's how omnivores find new sources of food.”—Reed James

“See question #2. Yes! It's the taboo thing, I guess. It's the creature in the woods, the danger of it. In my stories I have kidnapping and seduction. My Bigfoots love their women, though. They would never hurt them. They take care of their families.”—Virginia Wade

“No. Sex turns me on. Women turn me on. Monster erotica can turn me on, but the monsters themselves are simply vehicles that I can use to explore and focus on a female character's physical and emotional reactions. I don't fantasize about being a dinosaur, for example, having my way with a human woman. I don't fantasize about being a human of any gender who's having sex with a dinosaur. But the character's mixture of reactions to the monster? That can be quite arousing.”—Richard Bacula

If you could BE any kind of monster in real life, would you? Which kind and why?

“If I could be any kind of monster in real life there's no question about what I'd choose. Vampires live forever, have cool powers, and exude dark sexuality. Sunlight is highly overrated”—Bryce Calderwood

“I'd choose to be a dragon shifter because I love the idea of being big and strong, but also being able to fly. In one of my stories (Stepdragon), the main character can become invisible, as well. I think that would be an incredible power to have.”—Sophie Stern

“[A] Werewolf. Wolves rule and so do werewolves!”—Reed James

“A vampire. I think they are essentially monsters. I would love to live forever and be eternally youthful, as long as I had someone I trusted to invest my money. Lol! I would have fabulous houses all over the world.”—Virginia Wade

“I think I'd have to pick Werewolf. They're generally endowed with high metabolism, inhumanly good health, and resistance to most forms of damage, and these days they typically get the choice of when to be a monster and when to be human. That'd be the ideal, having the best of both worlds. Or should that be the beast of both worlds? At the worst, it'd would only be inconvenient once per month.”—Richard Bacula

The Acolyte's Passion (The Knight and the Acolyte Book 1) http://tiny.cc/shkaa1 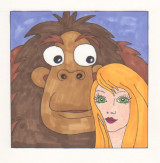 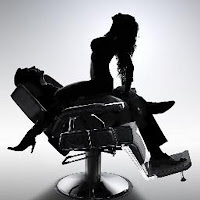