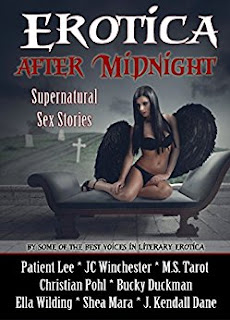 I picked up this anthology as part of my desire to get to know the writings of my fellow Wicked Pen Writers. "Erotica After Midnight: Supernatural Sex Stories" gave the opportunity to read stories from two of the WPW, along with the work of other talented authors. This review reflects the stories by WPWs Patient Lee and JC Winchester. 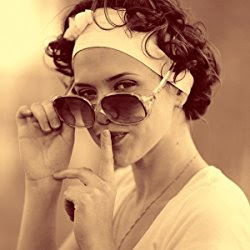 "Ghosts Have Pride" by Patient Lee is the first story in this anthology.

The Plot: This is a story about a young woman named Lex who can see ghosts, and is continuously visited by her late grandmother who apparently does not approve of her current lover, a man named Matt. The physical relationship the main character has with Matt lacks in the pleasure department, despite liking him for other reasons. She finds herself thinking of her former friend Jenn during a self-pleasure session, recalling an innocent juvenile same sex exploration between them. Later she reflects on a same sex encounters from college. Feelings of shame overwhelm her for enjoying these encounters, and Lex dumps her boyfriend in her confusion  Lex remains confused about her sexuality until her grandmother reveals her own same sex orientation, guiding her to old photos, and eventually to a visit with her former lover, who visits, and explains her relationship with her grandmother. Inspired, Lex contacts Jenn from high school, learning that yes, Jenn was a lesbian, and that she had every desire to explore what they had begun so long ago.

My Take: This story is unbelievably beautiful. I'm a sucker for stories of self discovery. The sex scenes were spicy, varied, and well described, and Lex's character was relatable without being a cliche. The grandmother visiting to offer support and a push toward happiness was a great plot driver as well as a sensitive, original concept.

My Rating: This is probably my favorite Patient Lee story to date! The writing flows effortlessly, builds in tension nicely, and provides a happy ending that so many readers crave. I rarely give anything 5 stars, but this story deserves it! 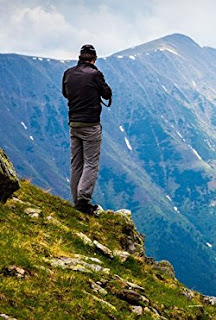 "A Night in Hell" by JC Winchester took me by surprise.

Note: As with any information appearing on my blog, all opinions are my own. I highly suggest you engage in your own quest to fulfill your literature cravings and form your unique opinions. Reviews are the best feedback for an author! Please take the time to review any and all books that you enjoy.
Posted by Angora Shade at 9:07 AM